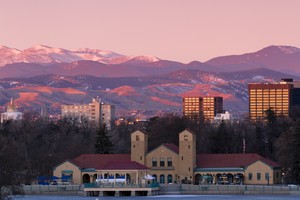 The City Park neighborhood comprises of the park itself, flanked by two residential areas, City Park and City Park West together with the Denver Zoo and the Nature and Science Museum of Denver, popular with both locals and visitors alike. There is only a small percentage of the population in these residential areas as the park itself covers some 370 acres. According to 2009 figures there were 2168 residents.  Not bad for all that lowly populated greenery. The City Park West neighborhood has the larger amount of residential housing.  The average listing price in City Park is just about $400,000. 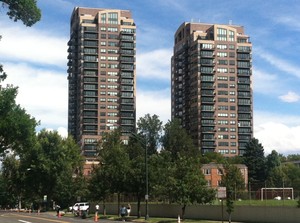 The park was acquired by the City and County of Denver in 1881. It had three landscaped lakes added and includes a pavilion and other facilities that may even be publically rented for events, and a whole host of attractions throughout the year. The summer boasts the ever popular free concerts known as City Park Jazz held at 6pm on selected Sundays. There is also an 18-hole Golf Course with clubhouse on 2500 York St where it has been a challenge for players since 1913.

The most popular attraction in the park has to be the Denver Zoo. First opened in 1896 due to the donation of a black bear called Billy Bryan, the zoo has been lovingly laid across 80 City Park acres. The zoo welcomes more than 1.6 million visitors each year and is open every day to marvel at over 4,000 animals from all corners of the world and enjoyed a major overhaul in 2004 proudly, showing off its newest attraction Predator Ridge. This gave a larger and more natural setting to its 50 African inhabitants.

Another favorite is the resident sea lions with the ever popular feeding performances at 10:30 and 14:30 every day. Opened in 2012 the City Park Zoo received sponsorship to improve the housing of its family of Asian elephants, and with an Asian theme the Toyota Elephant Passage, including other mammals, should be seen by all. There is also the endangered species carousel where 48 hand carved endangered species are featured and can be helped by a small donation for a spin. There are festive zoo lights to be enjoyed during the holidays.

City Park is also lucky enough to include the Denver Nature and Science Museum complete with an IMAX movie house and featuring many unique exhibits throughout the year. The museum was founded by local naturalist Edwin Carter in 1900 and was original called The Natural History Museum. The collection proudly displays over one million artifacts including Egyptian Mummies dated 3,000 years old.

$1,225,000
3 Beds ⋅ 4 Baths ⋅ 3525549 MLS
Welcome to this warm and spacious townhome on tree-lined South Garfield Street! This beautiful, remodeled home has been opened-up to provide a view from front to back ~ from front door, to living room, dining room, kitchen then through to your private back patio. Tall ceilings and natural hardwoods frame a stylish and inviting main floor. Ample kitchen cabinetry, a large island plus an eat-in breakfast nook, stainless steel appliances including a gas range. The primary bedroom offers volume ceilings, a reading area in the bay-window bump-out, newer Hunter Douglas brand honeycomb black-out blinds and gas fireplace. The primary five-piece bathroom has a skylight that brings wonderful natural light into this setting, and a large walk-in Euro shower. A primary walk-in closet with built-in cabinetry/shelving is a dream! The West-facing guest room is adjacent to another full bathroom, and lives like a secondary primary suite. The laundry closet with full-size washer and dryer is conveniently located on this upper floor. The lower level has 10' ceilings ~ it hosts a bedroom with egress and a walk-in closet, a 3/4 bathroom, a utility closet and large living/rec/bonus room (with another egress window). The private backyard/patio is equally perfect for fun-filled BBQ's and quiet moments with your morning cup of joe. The small garden area is a lovely canvas for your green thumb. A two-car detached garage with auto-opener makes coming and going a breeze. The HOA fee pays for gardeners who do a nice job of maintaining the front of these town homes ~ landscaping that adds to some of the best curb appeal in Cherry Creek. Great location within the highly coveted Steck Elementary boundaries. Furnace, central AC, water heater, high-grade carpet and window treatments all new within the last 15 months. From this townhome you're an easy 10-15-minute stroll into Cherry Creek North. This is one of Cherry Creek's finest offerings!

$695,000
4 Beds ⋅ 4 Baths ⋅ 5379990 MLS
Welcome to this fantastic townhome in charming Northfield Central Park. With four bedrooms, four baths and ample space, this home offers all the comforts of single-family living. The inviting open living space and gourmet kitchen on the main make it easy to entertain in style while a low-maintenance exterior allows for lock-and-leave convenience. You'll also love its prime location minutes from Quilted Park, Willow Basin Park, plus tons of exciting restaurants, shops and amenities. Take a look!